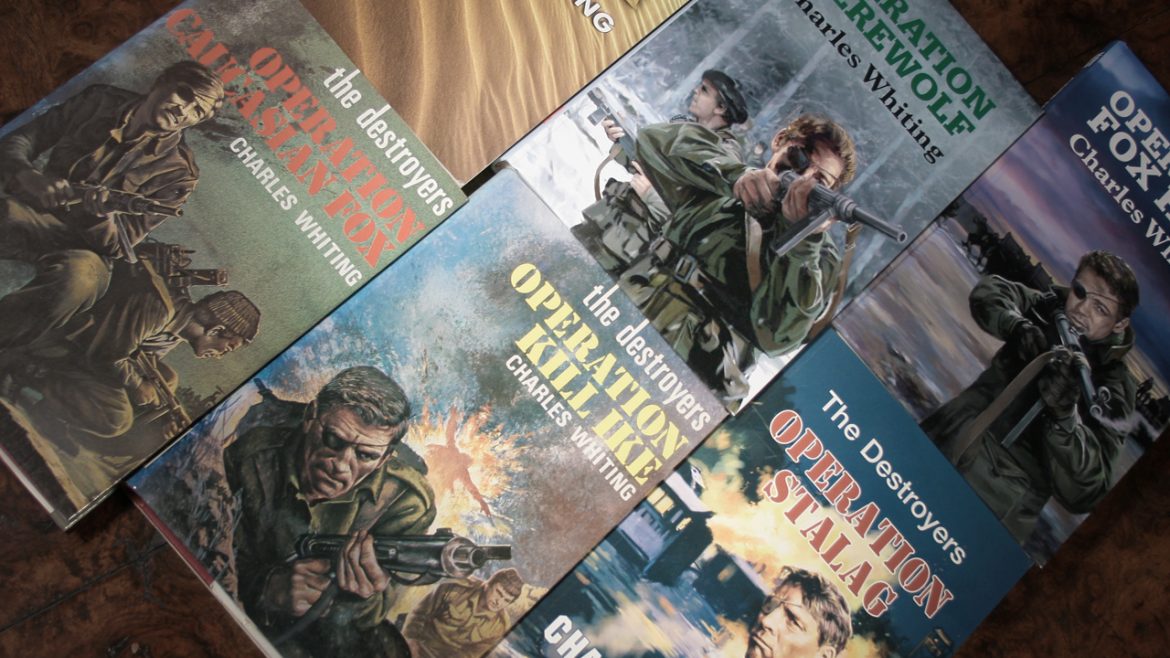 Along with fiction books like his first novel “The Frat Wagon”, Whiting’s 70 odd non-fiction books covered individual battles, German espionage, war leaders – particularly General George Patton and SS Colonel Jochen Peiper – and the war on the home front. The Battle of Hurtgen Forest, The Bannatyne Books Patton, and more Charles Whiting books are now available on Amazon Kindle. Read them for free with Amazon Unlimited. Charles Whiting Novels – Fiction Frat Wagon – Publisher: Jonathan Cape, 1956, Magna Large Print, 2008. A frightening novel of post-war Germany and of men and women tasting the degradation of defeat. Lest I Fall – Publisher: Jonathan Cape, 1956, Magna Large Print, 2010. This was the Germany of 1955, freed from the shackles of Nazism yet still in the iron grip of corruption and misery. Here is a story of a young man who, against his will, is swept along the tide of degradation to a point of no return. Journey to No End – Publisher: Jonathan Cape, 1957, Magna Large Print, 2010. A professional revolutionary is sent to help a group of working men holding an important factory from going into the hands of East Germany. He soon realises that even […]